U.S. Citizenship Test – What is it all about? 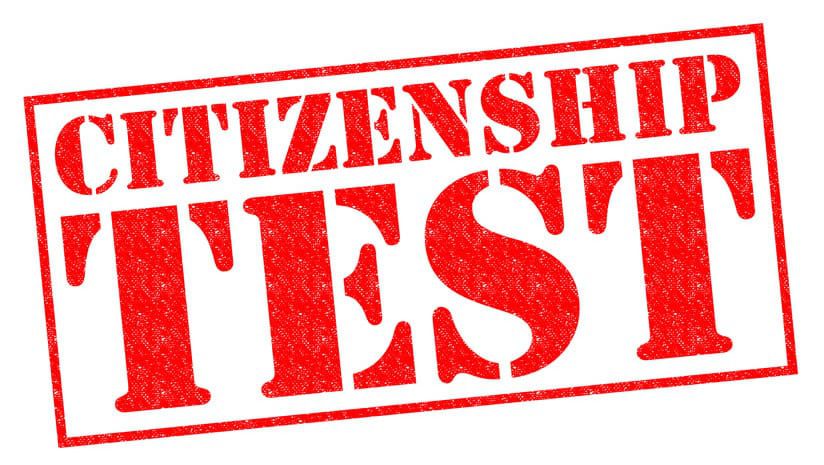 You must pass the U.S. Citizenship test in order to become a U.S. citizen. There is no way around it.

On October 1, 2008, the UCIS (U.S. Citizenship and Immigration Services) came up with a new version of the U.S. Citizenship Test. The old test was redesigned to provide a more uniform and consistent experience for citizenship applicants, and also to test applicants on U.S. civics.

A lot of people think that all they have to do is learn the 100 Civics Questions and Answers. This is not true. The civics questions are just a portion of the test.

The 2008 test version has four components:

● A speaking/comprehension test, which assesses your ability to speak and understand English.

● A reading test, which assesses your ability to read in English

● A writing test, which assesses your ability to write in English

The entire U.S. citizenship test is in the form of a one-on-one interview.

Important Updates to the Civics Test:

USCIS is reverting back to the 2008 version of the civics test.

The English Test portion of the Naturalization Test which includes a speaking, reading and writing test has not changed.

The speaking and comprehension portion of the test starts the moment the officer greets you and invites you in his/her office.

To determine your ability to speak and understand English, you will be asked a series of questions about your N-400 application, about the information you provided and about your background. The officer also asks these questions to assess your eligibility for citizenship. You might be asked to give the officer additional information regarding the answers provided in your application.

The speaking and comprehension test is oral, you will not be required to read or write anything. You are expected to understand what the officer says.

For the reading portion of the test, you must correctly read one sentence in English in a manner that the officer understands. You will be given three chances.

An example of an English sentence to read: George Washington was the first President.

You must read most of the words, without any long pauses. You will not fail because of your accent. You may make pronunciation errors as long as the meaning of the sentence is still clear and you may leave out short words that don’t interfere with the meaning.

For the writing portion of the test, you must correctly write one sentence in English in a manner that the officer understand. You will be given three chances.

An example of an English sentence to write: The capital of the United States is Washington, D.C.

You will not fail because of capitalization, spelling, grammatical or punctuation errors as long as the meaning of the sentence is still clear. You may leave out short words that don’t interfere with meaning. You can spell out numbers or write them as digits (for example: 5 or five).

You will fail if:

● Your sentence is not clear enough to be read (legible)

● You write a different sentence or words

● You write an abbreviation for a dictated word (for example: “AK” for Alaska)

The questions are randomly selected. The civics questions will be asked verbally and you will have to answer verbally. This is not a multiple-choice test, nor is it a true or false test. There might be more than one possible answer to some questions (the list of Civics Questions and Answers will tell you the different acceptable answers). You only need to give one answer, unless either the question or the officer, asks for more.

The questions will be asked exactly as written on the Civics Questions and Answers list but the officer could re-phrase the question to make it easier to understand.

Answers to some other questions might be harder to remember, such as:
The Federalist Papers supported the passage of the U.S. Constitution. Name one of the writers.
When was the Constitution written?
Name your U.S. Representative.
The House of Representatives has how many voting members?

You only have two chances to pass your U.S. citizenship test. If you fail any portion of the test in your second attempt your citizenship application will be denied.

As a result, you must be well prepared for this test.

We offer a FREE U.S. Citizenship Test complete online training program to help you pass your test. Good luck on your test!

Our Complete Online Training Program includes all these tools, try each one: